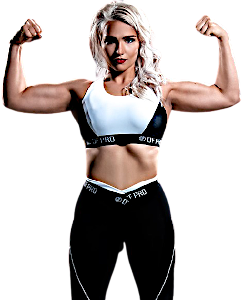 Even at a young age, Amrita showed that she was undeniably stronger than most. Her early interests ranged from martial arts, yoga, and psychology. She successfully studied karate, pivoting to wrestling soon after. For a year and a half, she earned the title as the strongest female wrestler in Russia. Her travels all over the world have garnered her attention and rave reviews from fans. She considers herself a very strong, charming, and sociable opponent.