Today’s featured fighter is Katie ‘The Bombshell’ Forbes. She debuted in the main event of LFC27: Sexy, Nerdy, Inked & Curvy in a non-title fight. Unfortunately no one had told her it was a non-title fight and after she won she was most definitely expecting a title! So we brought her back for LFC31: Booty Camp 2 and let her fight Salina de la Renta for a title. That didn’t go as Forbes hoped! 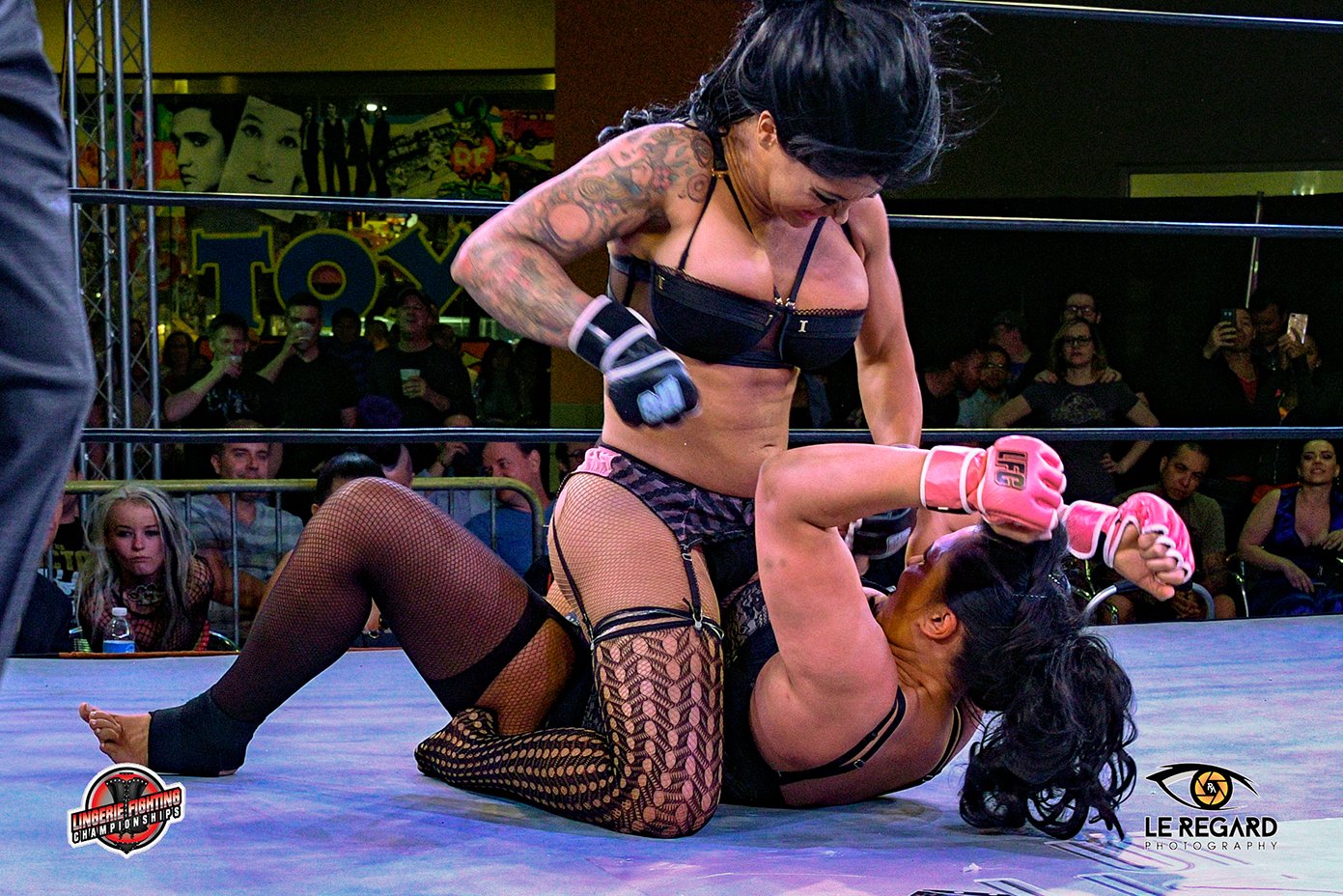 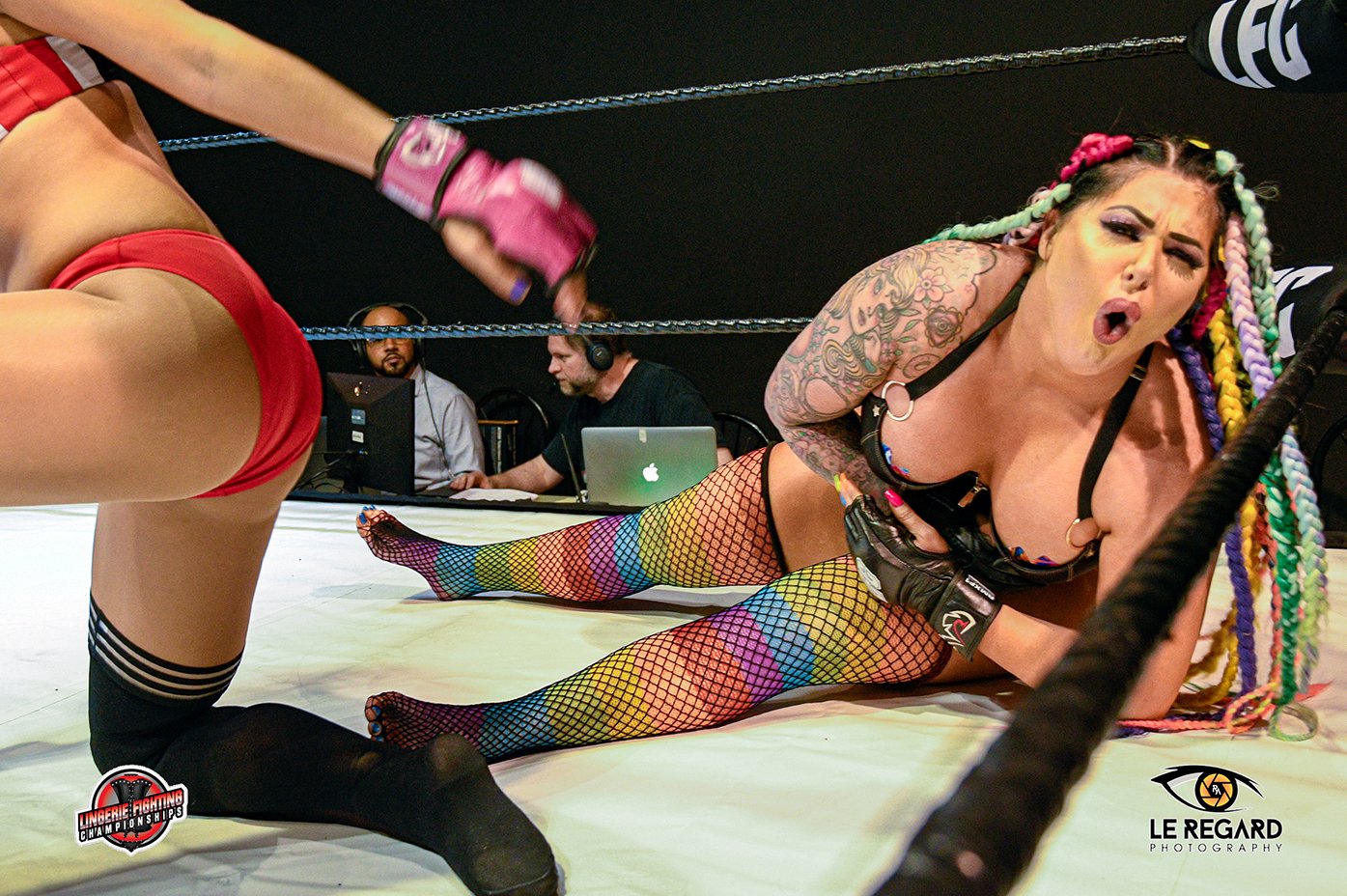 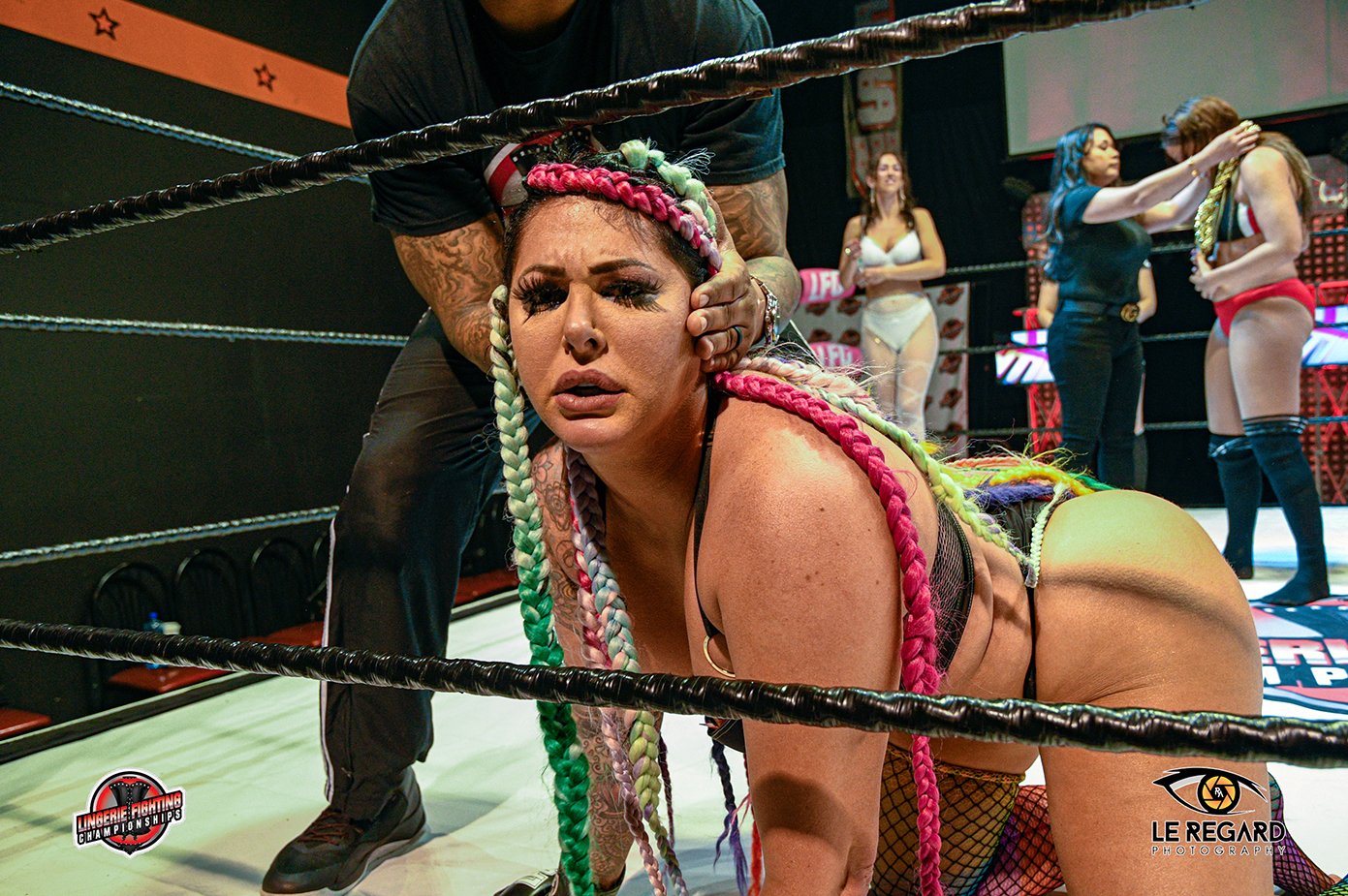